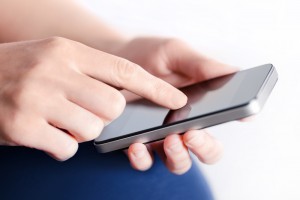 For the android lovers who have always dreamed that their tablet transform into a device that can be comparable to a desktop, Pengpod has made your dreams come true. Pengpod is the new tablet series that’s owned by the company Peacock Imports. The new PengPod tablet is apparently special because it can run Android and Linux. The devices were initially advertised on Indiegogo, but the developers were only looking for a 49,000 bucks investment. From more than 500 contributors, it has hit way more than its mark – getting $72,707 over all. So many people have been supporting the start of this product because Android 4.0 from the internal memory and an SD Card Linux is hands down a dream come true for the tech-savvy. The Linux version even has a KDE Plasma Active Interface that’s very user-and touch-friendly.

Those who pledged more than $99 for the development of this device were promised that they are to be given the product as soon as the products are released on January of 2013. According to reports from Arts Technical, the said PengPod Linux and Android tablet will be sold for $185 for its 10-inch model, and for merely $120 for its 7-inch model.

Though these tablets may not be as flabbergasting as the products of Apple or Samsung, it is still very ideal for those who want Android and an operating system that’s just like a desktop on a device that’s touch screen. Furthermore, this device is even very affordable, especially when compared to the other tablets that are sold in the market nowadays. The tablet has a very capacitive touchscreen that’s available in the sizes mentioned above (either 7 or 10 inches), has a 1.2 Gigahertz Cortex A8 ARM Core processor, a 1 Gigabyte DDR3 RAM, a camera that faces the front, and it even comes with a screen protector.

The release of the new PengPod tablet was on January 2013 for North America. The product was, however, already ready for shipment to other countries providing the buyer takes care of the shipment expenses.
Early users of the product declared that the Android operating system runs well. However, the Linux operating system still had lags. The touchscreen and on-screen keyboard have been reported to be relatively harder to use than those of other devices. Some other early customers have also had problems with the Wi-Fi, but the good thing is that Neil Peacock, the developer of the Linux/Android device, said they have come up with an updated driver that fixes this problem.
There were also problems on shutting down and booting Linux. The deal, however, is that these PengPod tablets are new and are rather on the stage of gathering information about how the devices can be improved. If you are after a very techy and easy experience, you might just look somewhere else – perhaps Apple or Asus.
The processors in the PengPod device are a bit slow, but that’s because Peacock chose one that would be affordable and that could be a great support for the Linux system.
Overall, the PengPod/Linux tablet that was shipped earlier this year is an undoubtedly interesting project that should definitely be tried by everyone, but most especially by the Linux enthusiasts.

Author Bio: Hi, I am Amy Lawson, a mobile app developer from London. I do research on working tax credits contact. I do write articles on other financial sites.