Since its introduction in 2008, the payment method known as Bitcoin has had huge implications to the technologization of the global economy. The virtual currency, often considered to be the first real cryptocurrency, is transferred peer-to-peer without the need for an intermediary such as a localized bank. By 2015, over 100,000 merchants were accepting Bitcoin – many of them being mainstream brands.

The transactions are almost immediate and involve minimal fees. One single Bitcoin is currently valued at over $700 – a significant increase from a mere $150 in 2012, but far from its peak in 2014 where one Bitcoin was valued at $1200. Understandably, Bitcoin has attracted the attention of investors, and continues to be accepted as a legitimate payment method across the world. Will Bitcoin’s upward trend continue? The currency has faced its fair share of obstacles, and some challenges to its future persist. 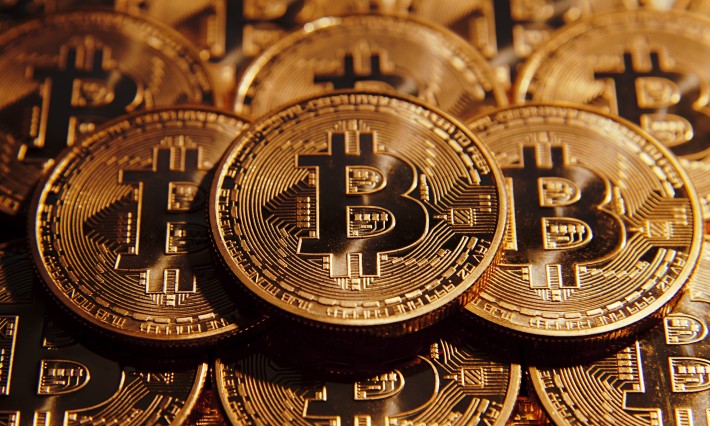 With the defining lack of centralized regulation, Bitcoin has become controversially associated with black market crime and even terrorism. There has long been a concern by crime-fighting authorities over the use of digital currency to hide one’s tracks and to transfer large amounts of money without raising the usual safety alarms. Many illegal markets on the deep web take advantage of Bitcoin, with Bitcoin users sometimes becoming victims to fraud. The use of the cryptocurrency for criminal purposes has come under investigation by the FBI on numerous occasions, and it is difficult to predict how probes will affect the currency’s reputation or even legal status going forwards. Since Bitcoin relies on growing legitimization in order to flourish, the threat of government-enforced regulations could seriously impact its use and subsequent value. As of now, the currency is still commonly used in legal and mainstream markets, including industries related to online poker, software, video games and online stores such as Amazon.com.

In the last couple of years Bitcoin has undergone some developments – not all of which have been favoured by its creators or users. Whilst the principle of decentralization is key to the unique nature of Bitcoin, it has also caused problems in that a consensus can be difficult to reach amongst developers when it comes to changing something such as block size. ExtremeTech outlined why some key disagreements over the direction of Bitcoin which could present obstacles to its development in the future.

As mentioned in relation to the black market, fraudulent transactions can happen with Bitcoin, but unlike with other transactions, the tracing and rectifying of such transactions is difficult due to the lack of regulation. Secondly, there exists the possibility of technical faults and malicious attacks upon Bitcoin’s open source software. In particular, attacks such as double spending and tampering with blockchains are all realistic threats to the safety of this cryptocurrency. Whilst Bitcoin transactions are often described as anonymous, guaranteeing complete anonymity is actually a complicated process of which many users are unaware. There is a possibility of transaction details, as well as other personal information, being acquired by third parties. Advocates of Bitcoin will point out, however, that risks exist with all online transactions, and that the threat of financial fraud is no greater with Bitcoin than it is with a normal bank transfer.

Following the introduction of Bitcoin, numerous cryptocurrencies based on the same concept (and often using the same software) have gained prominence online. Whilst none of them have come close to achieving the same recognition and popularity as Bitcoin, it is worth noting the role future cryptocurrencies could play in challenging Bitcoin’s current dominance in the world of virtual payment systems. Most notably, cryptocurrencies (including variants of Bitcoin) that have gained traction include Ethereum, Dash, LiteCoin, PeerCoin and Ripple. The growing number of different currencies use different forms of cryptography, with some of them making for more appropriate payment methods than others. Whilst Bitcoin is unlikely to have it market capitalization of $11.5 billion dollars overtaken by a competitor anytime soon – the existence of alternatives is clearly dividing investors.

So, with these threats considered, is Bitcoin sufficiently volatile to ward off potential investors? The answer is not simple, but the general consensus amongst cryptocurrency experts is that Bitcoin will be around for a long time yet. Its value fluctuates, its software is not particularly user-friendly, and its appeal to criminals has brought it unfavourable attention. At the end of the day, however, cryptocurrencies are well on the way to becoming the future of online payments – and Bitcoin is paving the way when it comes to this revolution.