When it comes to playing sports video games, PS3 provides the best graphics and visual gameplay along effective soundtracks while giving you the utmost pleasure in playing. There’re a lot of games regarding the sports genre in the PS3 platform which is why finding the best ones is quite difficult. That’s why we’ve researched the sports video games for the past year and made a list of top 5 PS3 Sports video games with our best effort to make it easier for you to choose the games. 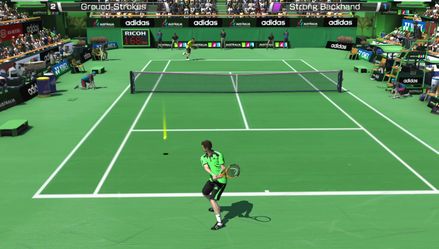 MLB brings on another spectacular sports game which offers you to play your most-loving baseball game with many refinements. You’ll see great visuals and the gameplay is quite the show itself. Massive improvements have been made to hitting adjustments. It’ll be more satisfying more you to make better shots. You’ll get one of the most addictive game experiences while playing MBL: The Show. But, unfortunately it doesn’t provide any new modes and the slower loading time obstructs the players to enjoy this game fully.

You can get yourself into the golf court again with the amazing Golf game Tiger Woods PGA Tour 14. This game has all the contents of a golf game with a newer career mode with so many features. To keep you addicted to this game, it has all the elements like longer tournaments and career courses. But, it doesn’t carry all the features you want. Amazing visuals and gameplay doesn’t add up to the mostly anticipated expectations but it’ll do great for now who are in love with the beauty of golf.

The biggest rivals of soccer games are Konami’s PES and EA Sport’s FIFA. This year, PES has come back to offer its another franchise to most of the consumers. It can satisfy the hunger of playing soccer virtually with stunning graphics and great gameplay. But, some might call the tricky moves a little bit harder. The physics has improved a lot and you merely get a chance to get out of your addiction of playing this game. It’s no doubt that this game will put you in a great challenge.

It’s time for embracing one of the best basketball games of all time and it’s NBA 2K 13. We’ve never seen the physics this kind of great earlier and truly the commentary seems so real that you’ll be surprised. You’ll be able to make slick shots and play different kinds of modes. Overall, it’s an amazing addictive game.

It will be pretty hard to find anyone who likes soccer but hasn’t played FIFA before. FIFA 13 hasn’t changed much from its previous year’s gameplay. The characters have improved a bit, the graphics are more realistic and a better gameplay it offers. It’s no doubt one of the best games of 2013.

We hope you’ve liked our review on top 5 PS3 sports video games and let us know about your favorites.

Please Also Read:  The 6 Best Games on the iPhone