Huawei emerged as just another of those Chinese brands that tried to produce affordable smartphones for the consumers. With its Huawei Ascend P6 that has released in the year 2013, started till the latest offering from Huawei, the P9 one can easily say that the company has managed to astonish us all. Also, last year it got to produce the Nexus 6p which turned out to be a fantastic phablet for Google. Though Huawei is usually associated as a budget brand, the P9 has managed to change it all. The phone can give tough competition to the Korean giant Samsung as well as Apple, that too in a budget that will not burn a sizeable hole in your pockets. But don’t let money mislead you into thinking that the device is anything short of perfect. 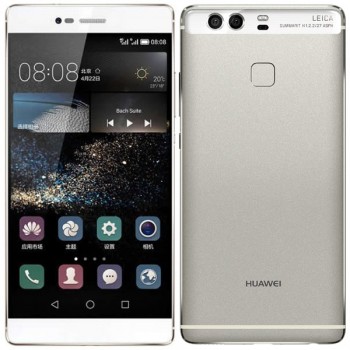 Let us take a closer look into the device to find out if it is worth the hype.

Design and Display : The Huawei P9 is a gorgeous looking device with an aluminium chassis and a curved, smooth glass around the front. It has a polished brushed metal finish on its rear that stops fingerprints from showing. The sides are straight and regular and overall makes it look absolutely like a premium flagship handset. With a thickness of 6.95mm which is thinner than even the Apple iphone’s 6s and weighs just 144g. The P9’s fingerprint scanner is on the the back, just under the camera housing. It’s sensitive enough to do the job, and also functions as a programmable button that can be used to display and dismiss notifications with a swipe.

The phone flaunts a 5.2-inch IPS panel having a resolution of 1,920 x 1,080 pixels which is obviously lower than the 4K displays of high end phones, but considering its pricing, the manufacturers had to compromise on something. The FHD display works absolutely fine and is sharp and bright. It functions incredibly well under direct sunlight as well.

Configuration and Storage : The Huawei P9 is powered by its own octa-core Kirin 955 chipsets, which has four cores running at 2.5GHz and another four cores running at 1.8GHz along with 3GB/4GB of RAM. Despite such a powerful processing power, it shows no signs of getting heated up and also handles almost all applications, no matter how heavy with utmost ease. However, the same cannot be said about its graphics performance. The P9 struggles quite a bit for producing good graphics, but still manages to get the job slightly above average, and not better than that. The smartphone comes in two storage variants, one a 32GB which has 3GB of RAM, and the other a 64GB with 4GB of RAM.

The device runs on Android 6.0 Marshmallow, and is cluttered with Huawei’s own-brand apps that might not prove too useful to you. For people who are more inclined towards experiencing stock Android performance might be a little disappointed with all these bloatware.

Camera : The main highlight of this device are its cameras which are made by the renowned camera company, Leica. It has dual cameras carefully and neatly placed on top of its rear. The two lenses, one color and one monochrome have 12 megapixel sensors with 27 mm equivalent f/2.2 aperture. this camera system produces above average results that exhibit some pleasing post-processing. The colored lens takes normal pictures while the monochrome lens takes black and white pictures and also absorbs twice as much light which provides useful contrast information that is integrated into the composite 12-megapixel image. This helps in producing amazing noise-free snaps. Leica has loaded in three custom filters – Standard, Vivid and Smooth – which offer a simple way for casual photographers to tweak the colors in their images. At the front is an 8MP camera, which also offers a variety of photo and video modes, and delivers crisp pictures.

Connectivity and Battery : The Huawei P9 comes with a range of connectivity options which includes USB Type-C, 4G, Wi-Fi, Bluetooth, NFC, GPS and micro USB port. The P9 has a super fast fingerprint sensor which is great considering the amount of tasks it can carry out. The Wi-Fi of the device comes with certain perks like automatically turning on and off when you enter and leave your house.

The P9 has a 3,000mAh battery that will last for around a day with moderate use. This isn’t the battery revolution that we’ve been waiting for so you’ll still need to hook the P9 up to its USB-C charger every night unless you’re an extremely light user. It also ranks wireless sources by strength of connection which is a commendable feature when you have to swipe through multiple Wi-Fi connections.

The P9 comes with a 3,000mAh battery which is not that great though and will last you throughout the day only if used wisely.

Overall, the Huawei P9 seems to be a great device at the price it is being offered at. Its camera, design as well as the configuration is simply praise-worthy. Though I feel the phone could have done a lot better with an auto focus for the front camera, a little less of bloatware and also a better battery backup. But nevertheless, with the launch of the P9, Huawei has managed to give us hopes of even better smartphones from this company.