New technology is designed to make our lives easier and more convenient. However, for the visually impaired, technology can often provide obstacles that are very difficult to overcome. But it needn’t be this way. Exciting new technology can be used to improve the lives of partially sighted people, but technology often has to be used slightly differently if its full benefits are to be realised. Here are three ways in which visually impaired people can get better access to technology.

Smartphones have provided people around the world with the ability to have a powerful computer in the palm of their hands at all times. However, when the iPhone was first released, many partially sighted people were concerned because it used a touch-screen that did not have any buttons, which could have been a serious obstacle for them. 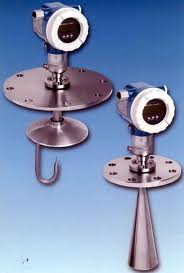 However, a whole range of innovative apps have since arrived to make touchscreen smartphones more accessible to people who are visually impaired.

One of the most popular apps is Sendero, which uses a phone’s GPS function to provide details of where the user is and nearby points of interest. Another is the LookTel Money Reader, which can scan a currency note and inform the user of its value, and an app called HeyTell makes it easy to send text messages using voice commands. There are many other apps that all help more visually impaired people use their smartphones to make their lives easier, and more will surely appear in the future.

Visually impaired people can also make better use of new technology by choosing the most suitable devices. For example, when the Amazon Kindle was first released many people thought that it would help the visually impaired to get better access to books, but it did not catch on because it was too hard to navigate menus independently. The iPad, on the other hand, can be controlled using its VoiceOver function, making it more accessible to people who cannot use the standard menus.

Even standard e-readers have been very useful for people who previously experienced difficulty reading. When reading a standard book, someone who had difficulty seeing the words would often have to take a trip to the nearest UK contact lens store. However, e-readers allow readers to increase the size of the text immediately, and many now provide bright screens to make reading even easier.

There is even a mobile phone from Project Ray that has been designed especially for people who are visually impaired. The Android device uses voice prompts and vibrations to make it easier to use, and similar products could soon become more widespread.

3. Use the Right Computer Software

PCs seem almost old fashioned compared to tablets and smartphones, but many visually impaired people around the world still need to use computers on a daily basis. Fortunately, there is specialist software available that makes using them a lot easier.

JAWS for Windows is used around the world to convert text into speech on computers and also allows people to use voice commands to complete various functions. ZoomText Magnifier provides powerful magnification to make it much easier to see what is on the screen. Software like this really helps people who are visually impaired to use computers effectively.

Technology Should Help and Not Hinder the Visually Impaired

Technology should be available to all, but often people who are visually impaired find that they have difficulties using various products. However, by choosing their devices carefully, and making use of the wide range of apps and software available for both computers and newer devices like smartphones, there is no reason why visually impaired people should not be able to use technology to improve their lives.