Home General Where Do Digital Maps Come From?

Nowadays you may find the map almost for every corner of our manifold planet in the internet. The brave explorers of the past could only dream about such a luxury! 🙂

So where do all those maps come from?

Detailed steps How To Find A Programmer For A Startup?

Well, the story started a long time ago. The maps were composed by many explorers and researches of the past. One of the most prominent of them was a Greek scholar and scientist Claudius Ptolemy whose atlas “Geographia” created in 2nd centure A.D. was used till the 16th century as the main map source for the Europeans.

But a really new era in the map composing started together with the history of the spacefaring in the middle of 20th century.

Satellite photos of the planet surface become a great source of the geographical and geologic information and they completed all the “white spaces” on the maps.

Thanks to all that satellites flying above our heads we have all those great shots of Sahara and Antarctic, of the North Pole and the Pacific.

The long-term American space project Landsat was one of the first projects providing images of the Earth surface. It started in 1966 and continues nowadays. It has survived several critical points and finally the importance of this project was acknowledged by the American government that produced special laws to assure the stable project work and financing. 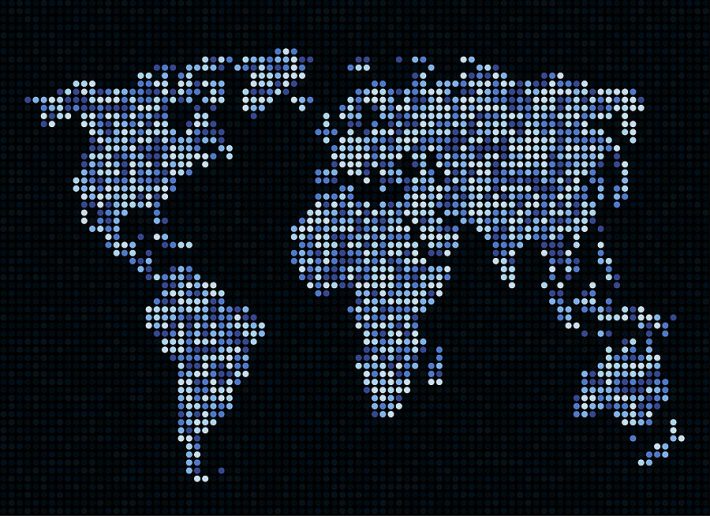 Other countries also arranged satellite programs dedicated to collecting images of the Earth surface. For example, there were several international European programs that launched satellites to the Earth orbit: among them are ERS, Envisat, Pleiades projects.

As the technology developed, independent commercial organizations providing satellite images also appeared – just like DigitalGlobe company that can provide images of the requested earth regions processed in a special way (with different GIS layers) within several hours of their shooting.

The images taken by satellites are processed by dedicated organizations and passed to the partnering companies – just like Google, Bing and others that use maps in their work.

The map processing is a separate interesting process that includes images digitization to define altitudes and other parameters. Nowadays GIS technologies develop fast and provide more and more instruments to create custom maps for particular industries.

Some companies produce their own custom maps of predefined regions based on aerial photography. Aerial photography may be made as from a plane, but recently it has been often made with the help of drones that appear to be more reliable and flexible photographers than human beings 🙂

The digital maps are very comfortable and they are used in very different areas. You may integrate a digital map into your software and use it as the base for your own commercial service. This is actual for real-estate, travelling industries, and even for games!

Just describe your idea to us, and we will think digital maps may be integrated with your service to serve your business ideas! View more details at ItechCraft.com.