Home General The Coin Dozer Game and Multiple Platform Use

Video games have always been a part and parcel of almost everyone’s childhood. In fact the association with such games continue well into our adulthood, and more often than not remain a part of our lives forever. Thus, better and better games are released and updated almost regularly. But before the advent of video games its predecessor had dominated the scene for almost two decades, and had paved the path for the future of all gaming. These were known as arcade games. 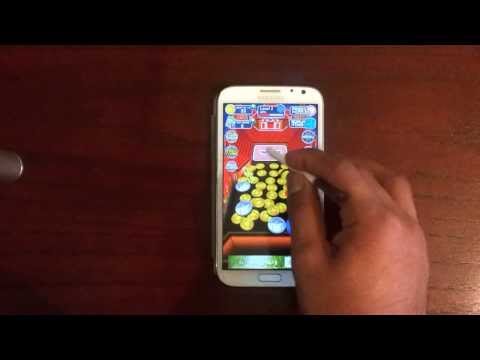 For those who need to jog their memories, an arcade game also known as coin-op, is a coin operation based entertainment machine. These were usually installed in public business areas, e.g. restaurants, bars, and most popularly in amusement arcades.  Though at one time these were widely spread, now they are mostly found in niche game parlours or similar places. But that doesn’t mean that we can never again get the experience of arcade games, as arcade games have made another transition and have entered the mobile arena. Today many of the most popularly played games (which predated home based video games) are available for nominal charges or even for free download to our phones. One such highly addictive arcade turned mobile game is the Coin Dozer Game.

Known for being highly engaging and addictive, this game is strikingly simple in its process. All one needs to do is to keep pushing coins by dropping more and more coins. On continuous dropping and pushing of coins one can also win a number of prizes like teddy bears and fuzzy dices. The process to earn the prizes is the same i.e. dropping and pushing coins. All you need to do is keep the coins from reaching the sides. If you have ever played one of those coin based games in a carnival, you’ll be familiar with the method. The game sounds and is in reality simple enough, but the visual it offers, including the 3D graphics seen in the way the coin bounces and moves is quite marvellous.

Today any app or game that wants to make a mark in the user market, has to be adaptable for multiple platform use. Naturally, the Coin Dozer Game in keeping with the trend is accessible to a variety of mobile phone users e.g. Android, iOS, and Windows.

The game is available for in-app purchases too through Google Play, iTunes, the Windows app store, as well as on Amazon. But if you would like to try it out first, there are several online versions available out there too.

Author’s Bio – Anny Smith is a tech blogger. But she also writes reviews on different topics including online games.