Windows 8 is a version of Microsoft window, it is an operating system created by Microsoft . 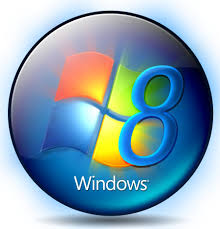 It has an advance features such as built in antivirus capabilities and also have new touch user interface.

It improved support for touch screen devices and it takes advantage of new or existing technologies like Advance format and USB 3.0.

Basically Windows 8 is introduces to change the operating system’s platform which is mainly focused on improving the user experience on mobile devices such as Tables and I- Pads .

Even they have many free apps in the store.

Windows 8 provides heavier and high integration with the online services from Microsoft.

As windows 8 provides the latest version of Microsoft windows but while surfing the browser , the keyboards becomes UN responsive and because of it some of the letters did not come even when we pressed the buttons .

Already we was using one apps so side by side we can’t use the other apps .

Applications is easy to access on home screen .  But there is no button to close for the application .

So the windows product have to overcome with the several disadvantages  which is associated with being a fifth mover in the market .

Usually Windows 8 support generic drivers for each and every systems . It takes a few minutes to start and the rest again it requires a reboot .

Sometime when windows start than it will show drives the host are disabled because in windows 8 we require to reboot the system again and again .

Overcome the disadvantages of windows 8 :

In this trouble shooting options is going to be review and extend. It is an advanced start up option for the OS . Even though it developed a new mechanism which offers an solution to the problem of Windows. Windows update service which continues to evolve with windows 8. It updates, installation be less disruptive for the users.  It provides consumers with a more different product.  Windows 8 surprises, it start very quickly and it is quite impressive and the second one is that the Modern UI interface appears in place of the office without user .  Windows 8 is successful in its final version of Microsoft Windows.