Day by day new gadgets are coming in the market. The day is not enough far when the new high definition televisions or the tablets have to leave their place to create the room for new gadgets like video greetings card, or audio speakers which will be customized for the ears of a specific person. The gadgets will be able to understand the human feeling and emotions. 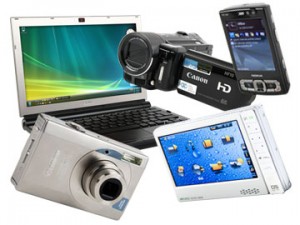 Wilson with his lot of colleagues have recently discussed about the modern technologies which are coming into market in five years. According to them, these technologies will make the gadget able to understand, hear and see the interactions of the customers with the gadgets.

The speakers and earpieces which will be launched after five years will be able to adapt the hearing of a person by measuring their cochlear and eardrum reactions. Advance sound system and tiny microphone arrays will easily reduce the road noise of outside and people will be able to listen to the music better. Even with home theatre your experience is going to be improved a lot in near future.

The co-founder and director of Envisioneering Group Mr. Rich Doherty said, “One of the biggest changes which are going to happen with the audio system in the next five years is that it will be able to match your hearing capacity.”

Mobile devices and the smartphones are also going to be improved in the next five years. The sound quality will surely be 16 times better than now. As per the video side is concern, smartphones and tablets will be crated with display screens which will have high definition and a richer visual feast to the eyes.

3D movies will also be improved a lot with the wonderful surround sound quality and your experience of viewing a 3D movie will no doubt be a lot better. You will be able to give your friends video greetings cards in future.

Playing video games in the smart phones will be a different experience in the next five year. The experience will be like you are playing the video games in the play station like Xbox. Therefore, you will be able to get all sorts of entertainment in a better way sitting at home with the help of the new gadgets.

Now, you have to control your gadget as per your wish. The new gadgets will understand you and for this it will be easier to control them according to your wish.