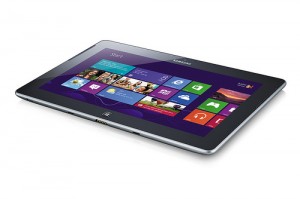 Market research firm Markets & Markets has produced a detailed analysis of predictions for the display market over the next five years. The report’s insights give us an excellent idea of where the technology is headed and also as to which technologies are predicted to be successful over the next few years.

The report finds that the display market has seen “steady and firm growth”, despite the radical divergence of form factor in the display industry. They do, however, note that global display usage is still in an “introductory phase”, with many opportunities for expansion in different locations and industries, including in military and retail environments. However, holding some of this innovation back are “competing technologies”, intellectual property issues, and “design” problems. Innovation in the market is hamstrung by “cannibalization” – newer display technologies are occasionally sidelined for commercial convenience and to avoid competition with pre-existent products.

The main driver of this growth seems to be gradual implementation of innovative technologies across the application field. “In the present scenario,” notes the report, “CRT, plasma, etc. are being replaced by LCD, LED display technologies” [sic]. The main reason for this implementation is a need for “better image resolution, quality, and features like slim size and flexibility”.

The paper then moves on to study different sections of industry in turn. Some of the more remarkable highlights include the following: